Pixel8Games present a retrospective of
Outrun
a 1986 videogame by Sega 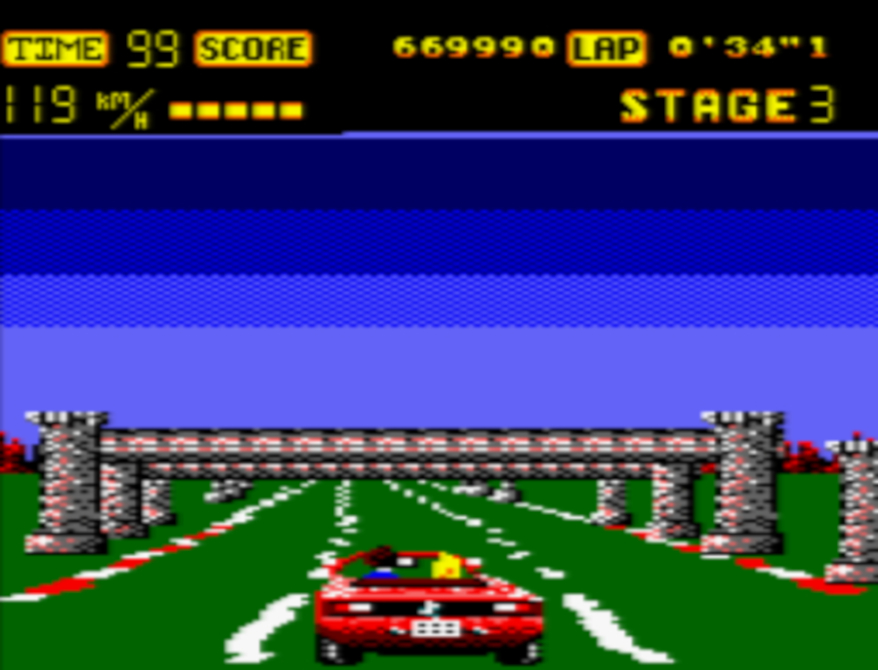 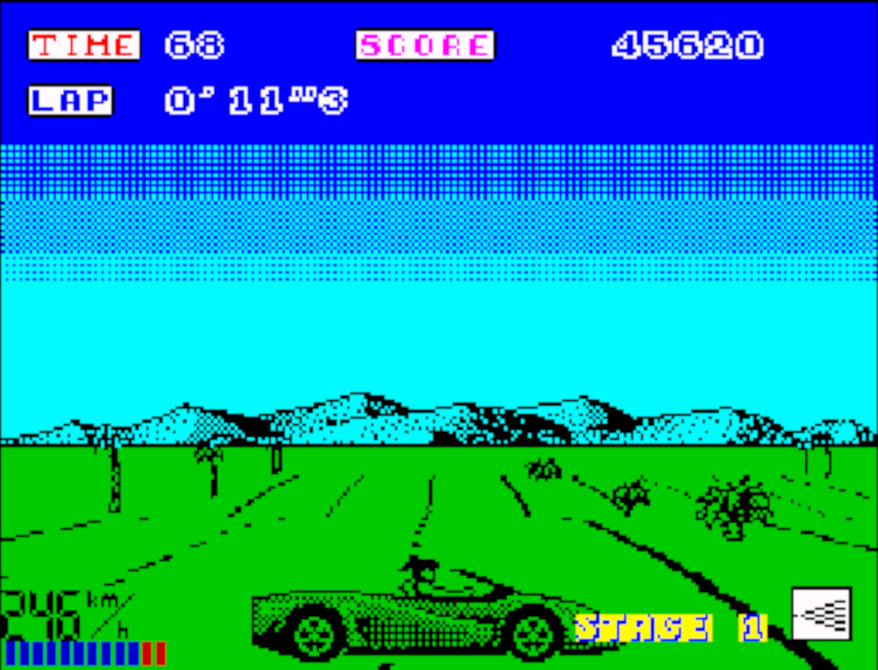 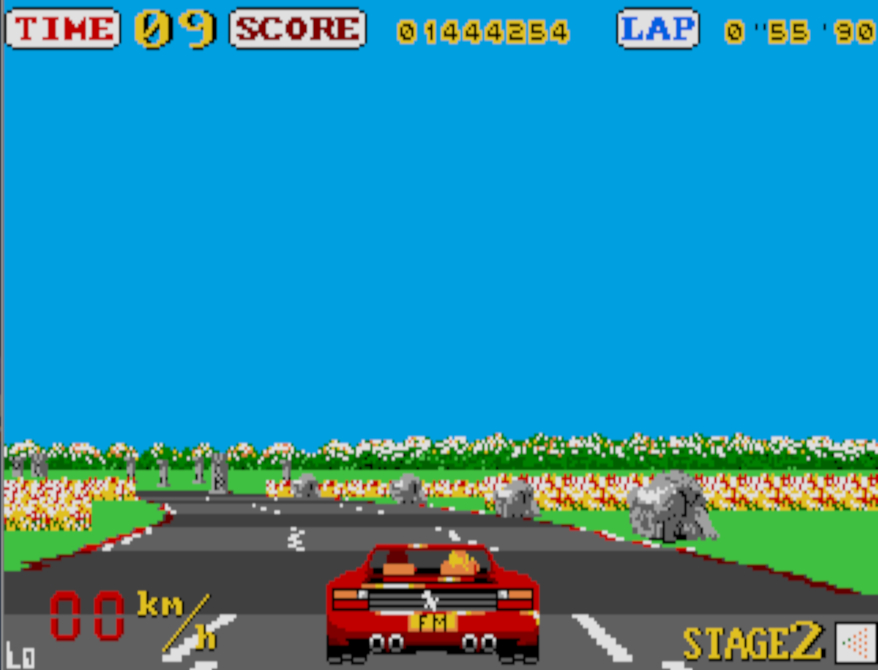 As third-person perspective games were becoming increasingly popular in 1986, a new racing game took to the roads, but did it manage to stay the course?

In an age of restless innovation, Outrun had to do remarkably well if it was going to ride a wave and make a splash amongst an already veteran group of teenage gamers, along with dads aiming to look cool. In the eighties? With that jumper, and those Aviators? Not a chance!

Racing games of that era were mostly linear efforts that pushed the player around a circuit as many times as they could muster. It's that or you would be driving along an infinitely long single-track road.

The beauty of Outrun was that you began on a three-lane road that then opened up further into a six-lane road. There was a huge amount of room to play with, and that wasn't the end of it. Just when you were being led into a false sense of security, the road suddenly split in the middle leaving you to make a very quick decision about what route you'd be taking.

Outrun has a system of stages, with each one a different kind of ride. One moment you might be skimming past fields and stone masonry (no doubt keeping your passenger well and truly impressed), the next you're in the desert territory! Reaching the checkpoints extends your time limit but the challenge is in keeping consistent throughout to maintain your edge.